Defecating Outdoors: A Practice to Eradicate 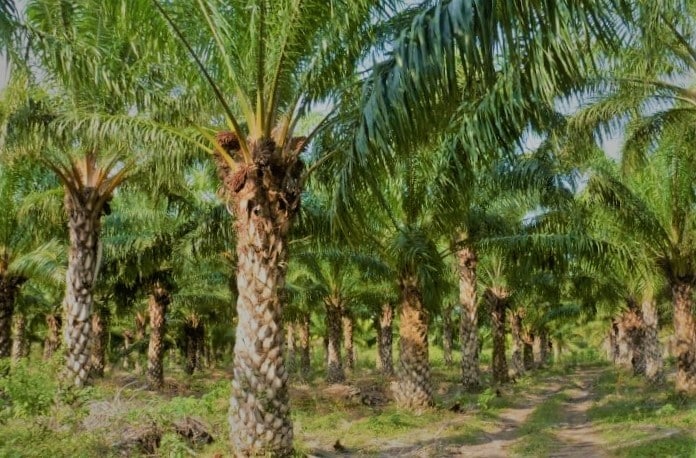 Ramos Hurtado, civic leader of the village La Suprema, located in the lower area of the municipality of Marialabaja, tells us that he had to buy a chamber pot that his mother, Gladis Helena Hurtado, could do her basic day-to-day needs. To her age, faithful companion day and night prevents her from defecating on the palm plantations that adjoin the patio of her home; the last time he did so, in his 70s, his joint wear prevented him from bending his knees in a fetal position to perform the activity.

In the community of La Suprema, open defecation has been an accepted behavior in the face of a lack of toilets.

This, rather than an isolated case, is a reality that faces rural communities, a simple toilet saves lives and contributes to ending open defecation on a global scale. Older adults, like children and women, are the most prone link to disease and accident infection during this practice.

Since 2000 the village La Suprema is fenced by palm plantations.

In Bolivar’s department, hundreds of people do not have access to a bathroom and defecate in the broad acres of vegetation surrounding their settlements. To complete it in 2030, as set out in Sustainable Development Goal 6, substantial progress in use and types of toilets is required.

As a nation, open defecation should shame us, as it is an offense to dignity, health, and well-being. Although the United Nations recognized «the right to safe water and sanitation» in 2010, it is not reflected in our Political Constitution: Articles 334, 336, and 365 to 370, which are concerned with ensuring «the efficient provision of public services to all national territory dwellers,» in fact they do so in half.» According to the United Nations Children’s Fund (UNICEF), one gram of feces can contain 10 million viruses, one million bacteria, and a thousand parasites. As a result, poor sanitation and hygiene practices contribute to more than 800,000 deaths annually from diarrhea.

Reality is no stranger to our territory. WE’RE DYING FROM THE LACK OF A BATHROOM! Although Law 60 of 1993 lays down the powers of municipalities and obliges the use of the nation’s resources covered by Article 357 of the Constitution, in investment to provide drinking water and essential sanitation services and to grant subsidies to vulnerable social sectors, in Bolívar much of this promise is fundamentally lacking.

Therefore, every time a child, adult or elderly, male or female, bends his knees and peels his buttocks to defecate in the mountain, he or she takes root in the cultural norms that govern society. Ending outdoor defecation requires continued investment in the construction, maintenance, and use of restrooms, sewerage, pipes, and waste treatment plants.

At first, the solution, economically speaking, would come out more expensive than the disease. The alternative not so much. From Tierra Grata, we propose the implementation of dry baths. This eco-friendly option does not require running water but uses aerobic fermentation and dissection for the decomposition of fecal matter.

The main advantage is that no water is used for sanitation, resulting in a very significant saving of this resource while avoiding contamination by fecal matter. The World Health Organization estimates that for every dollar invested in water and toilets, an average of four dollars is saved by lower medical costs, deaths, and increased productivity.

Between 2000 and 2017, it was possible to reduce 70% – from 29.9% to 8.9% of the population that exercises it – the defecation outdoors in rural areas of Latin America. However, Columbia is, along with Bolivia, Brazil, Haiti, Mexico, Peru, and Venezuela, among the countries that have extended this practice the most, with rural populations, socially vulnerable groups, and indigenous peoples who exercise this practice the most turn, the most affected.

Can we be ambitious and imagine an apartment or even a country without open defecation? With the implementation of dry bathing, the maintenance costs of the sewage treatment system are reduced. The secluded sites have decent basic sanitation systems and will incentivize the use of waste as a fertilizer source.

Until sanitation is a priority on the country’s development agenda for yellow butterflies, efforts should be articulated among social sectors that develop programs aligned to water, health, education, and poverty reduction needs, involving communities and their culture.