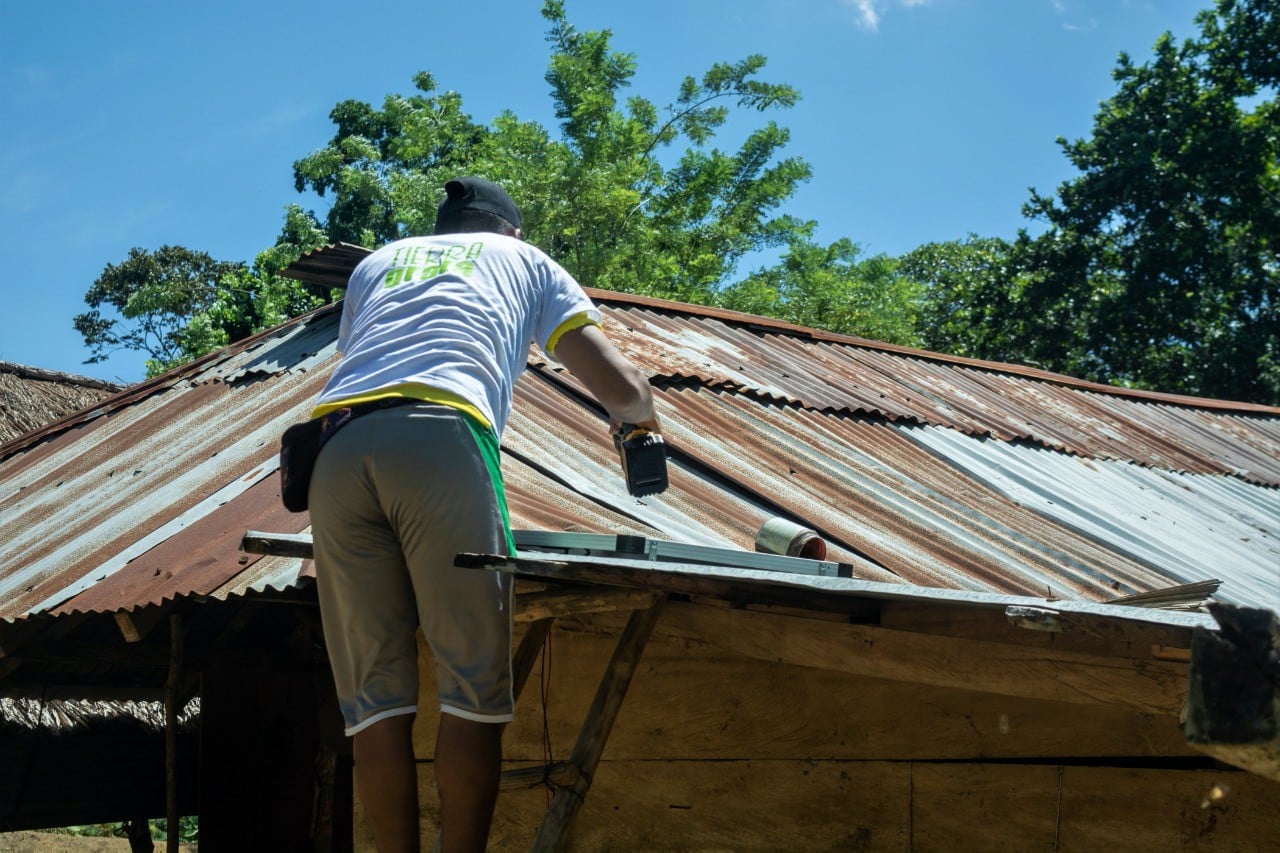 “Many were forced to walk an hour away to a location with electricity to charge a cell phone, but now we can do it right here,” explained Yarleidis Castilla, 32, a resident of the small village of La Cañada in the north of Columbia.

Thanks to Tierra Grata, new solar panels will allow 20 families in the Montes de Maria region to access electricity for the first time.

“[The installation] eliminates the necessity for harmful and life-threatening gas lamps. Instead, electric light bulbs and the ability to connect other cell phones and appliances will now be possible,” a spokesman for Tierra Grata reported.

How was Tierra Grata able to make this happen?

A grant allowed a group of young farmersfrom the village, called the Guardianes de Luz or the “Guardians of Light,” to receive technical training in the installation and maintenance of photovoltaic systems in August 2019.Since then, the teamhas installed 14 solar kits within homes.

Initially, the community only had one light bulb for every three inhabitants, with many families such as Yarleidis’ going without electricity altogether.

Along with the members of the community, the team trained new volunteers to install systems for the remaining households. Tierra Grata expects that more than 70% of families will now have electricity coverage. The increased coverage will improve the quality of life and vocational opportunities for the local population. According to UNICEF, energy access increases the number of hours of study for school-age children, increases a sense of security, and improves poverty.

Tierra Grata is an NGO that provides life-changing energy, water, and basic sanitation resources to rural communities through sustainable technologies.

Since 2015, Tierra Grata has worked with universities, entrepreneurship programs, private companies, and other civic organizations to increase access to these services for vulnerable communities.

Its technologies are present in 4 departments of the Colombian Caribbean: La Guajira, Magdalena, Atlántico, and Bolívar. Tierra Grata plans to continue to reach more corners of the country and contribute to reducing social inequalities in rural areas.