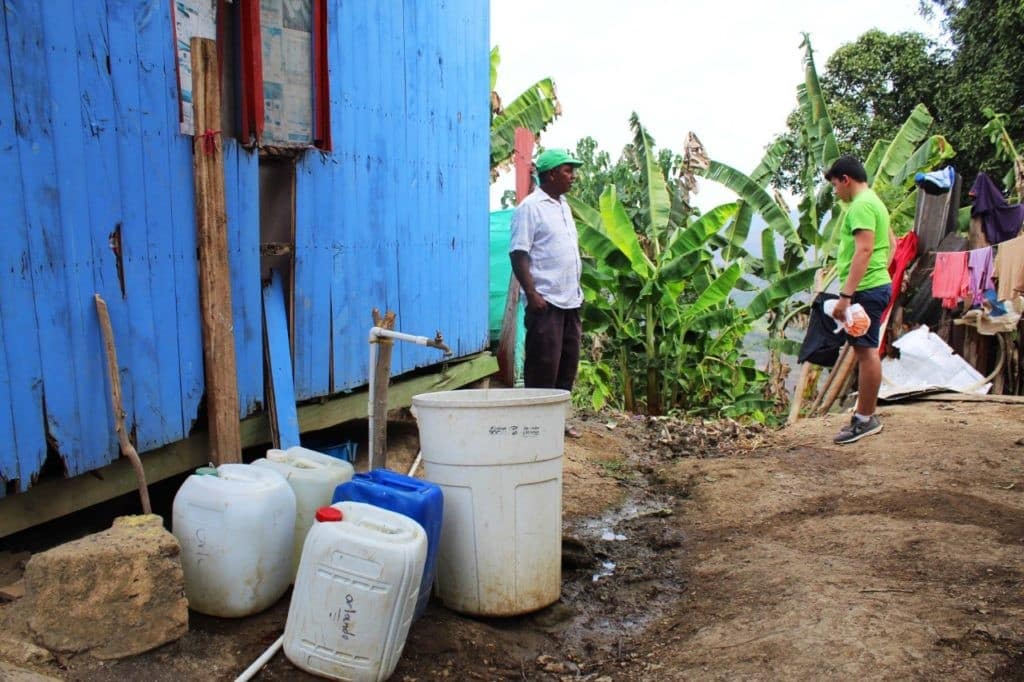 The people of Pita have survived armed conflict and droughts. Today, they struggle to gain access to safe drinking water and continue to fight for a better future.

The name “Pita” comes from the Spanish phrase mata de fique with which the inhabitants of this area traditionally manufactured the fiber they use in the moorings of their homes and for agricultural activities.

The village is composed of 33 families and is located in the south of the Atlantic. To get to Pita from Cartagena, you cross the Santa Catalina road until you reach Luruaco, then take via Santa Cruz to reach the Corregimiento Las Tablas, Repelón. From there it is a 40-minute walk to the town.

Pita was ravaged by Columbia’s armed conflict between 2000 and 2003. In the words of Orlando Romero, a local prosecutor, “it was hard to see us disrespected and to have our friends and neighbors murdered.”

Mr. Orlado explains that several villagers left their homes to seek their safety in other parts of the country because of the conflict. However, “within a few years the region calmed down, the villagers returned to move forward and not look to the past, rebuilding our lives step by step,” he clarifies.

Today the community of Pita struggles from a lack of access to safe drinking water and sanitation services.

A local named Hernando Romero explains that “while clean comes from time to time, the inhabitants of the community have had to resort to well water to sustain themselves which has encouraged the appearance of stomach diseases, diarrhea, vomiting among other conditions.”

Another danger in the Pita community is the lack of toilets. Waste is dumped in the vicinity of your homes, which can lead to more diseases.

Morante is also looking to implement water filters that clean the liquid through a technology that uses specially treated clay but does not require electricity.

Fredy Romero, vice president of the community board, says “these technologies will benefit the community and will avoid health problems. We are looking forward to the Tierra Grata being able to bring the projects.”

Three Privileges of Having Electricity